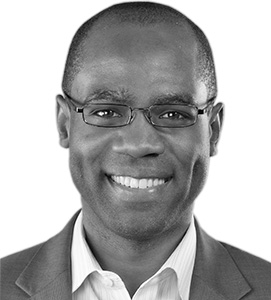 Dr. Julian Harris is the Chairman and CEO of ConcertoCare, one of the nation’s leading tech-enabled, risk-based care companies focused on providing integrated care for seniors in the home. Previously, Harris served as president of CareAllies, a group of Cigna-affiliated population health management and home-based primary care companies. Earlier at Cigna, Harris led U.S. Strategic Operations across Cigna’s commercial and government businesses. In that role, he also managed internal investments in technology and innovation that accelerated the delivery of value-based care and digital health solutions.

Before joining Cigna, Harris served as an adviser to Google Ventures (GV) focused on tech-enabled healthcare services businesses. Prior to GV, he led the healthcare team in the White House Office of Management and Budget (OMB). As the federal government’s chief healthcare finance official, he oversaw $1 trillion in spending and provided management and policy oversight for a range of programs, including Medicare, Medicaid and the CMS Innovation Center. During Harris’ time at OMB, the Centers for Medicare & Medicaid Services and the Center for Medicare & Medicaid Innovation greatly accelerated the development and implementation of value-based care programs focused on improving quality and reducing costs in the Medicare and Medicaid programs.

Prior to OMB, Harris served as the chief executive of the $11 billion Massachusetts Medicaid program. During his tenure, the agency deepened its partnerships with the state’s Programs for All-Inclusive Care of the Elderly (PACE) and developed a unique, capitation-based Medicaid accountable care organization (ACO) program. He and his team also built an integrated approach to addressing medical, behavioral and unmet social needs into the country’s first Medicare-Medicaid duals demonstration authorized by the Affordable Care Act.

Harris trained in internal medicine and primary care at the Brigham and Women’s Hospital and served on the clinical faculty at Harvard Medical School. He practiced as a hospitalist at Cambridge Health Alliance and worked as a clinical consultant at BestDoctors, an expert second opinion service. Harris graduated summa cum laude with a Bachelor of Arts in Health Policy & Medical Ethics from Duke University. He is also a graduate of the Wharton School of Business and the Perelman School of Medicine at the University of Pennsylvania School of Medicine, where he serves as an adjunct professor. Harris is an investment partner on the healthcare services and technology team at Deerfield.

In his free time, Harris tries to find new places to hike and kayak with his family and is trying to teach himself how to play the piano. He is probably several years away from being able to attempt a concerto, but he loves to listen to them and dream.

Return to We Are ConcertoCare